It Is Later Than You Think

Recently, I had a visitation from God. I was in my hotel room when I felt God’s presence. I began walking the floor with my hands outreached toward Him, saying, “My heart is open, Lord. Speak, and I will obey.”

God flashed six words into my mind like six sharp blasts of thunder: It is later than you think!

Over and over, God made these words ring in my brain. The time for Jesus’ return is much nearer than the world realizes!

For over an hour, I was listening to Him with my heart as the Scriptures opened up to me, revealing things I never knew before.

Jesus’ First Coming Was “On Time”

The Bible says, But when the fullness of time was come, God sent forth his Son, made of a woman (Galatians 4:4). There was a time—a precise time—for Jesus’ first coming. God ordained the birth of Jesus to occur in Bethlehem. Because Caesar taxed the land and Mary had to travel to Bethlehem, she arrived “in time,” which made it possible for Jesus to arrive exactly “on time.”

A Time for Jesus’ Earthly Ministry

There was a time for Jesus’ first appearance to the world. And just before it happened, God revealed it to a few of his most trusted servants. He chose John the Baptist as His messenger and gave him the sign whereby John would know who was the Christ: The Holy Ghost, in the form of a dove, would light on His head (Luke 3:22).

John appeared amidst the world’s confusion and began to preach that One was coming who was mightier than he. Therefore, the people must prepare themselves by repenting of their sins and getting their lives right with God (Matthew 3:1–12).

“Prepare ye the way of the Lord,” John cried. “Bring forth fruits worthy of repentance.” His message angered the religious leaders, stirred the soldiers, and convicted the people of their unpreparedness for the coming of the Son of God.

A Strange Feeling in the World

There must have been a strange feeling in the world just before Jesus appeared. Mankind can often feel something deeply on the eve of some event that shakes the world and affects their destiny.

What is it we can feel so deeply and cannot shake off? I believe it is the outreach of the soul for its Maker…the Spirit’s warning that the return of Christ is closer than we realize…the red light that says, “Slow down; it is later than you think!”

While, according to the Bible, no man knows the exact date for Jesus’ return, God the Father does. The time is known and events are shaping up. Last-minute warnings are being given to us by God.

How the “Time” Is Determined

God knows the day and hour of Jesus’ return. He has set the time. But how is that time determined?

I often wondered about this until that evening in my hotel room where God opened my eyes and let me see:

The time is determined by man himself through the crystallization of human opinion.

What does crystallization mean? When I was a boy, Mama used to make wild plum jelly. She would cook it, then take it off the stove, and put it in a jelly dish to “jell.” When it jelled, it was ready to eat.

Likewise, concrete is poured into a mold to “set,” until it becomes hard and permanent.

Throughout the generations, human opinion and thought have been taking shape. Now man is reaching the apex of all human thought. The grand finale is perhaps beginning to come into reach right now.

In the Days Before the Flood

Only once before has man reached a point in his thinking and believing. It is described in the book of Genesis: And God saw that the wickedness of man was great in the earth, and that every imagination of the thoughts of his heart was only evil continually. And it repented the Lord that he had made man on earth and it grieved him at his heart. And the Lord said, I will destroy man whom I have created from the face of the earth…for it repenteth me that I have made them (Genesis 6:5–7).

The crystallization of human thought and action in the days before the Flood resulted in what God described as scenes of mass-violence and human corruption. Genesis 6:11–12 says, The earth also was corrupt before God, and the earth was filled with violence…for all flesh had corrupted his way upon the earth.

The Saints Will Rise to Meet Him

The World Will Be Changed

The Rapture of the saints will remove them from the sphere of Satan’s power in this world (1 Thessalonians 4:17).

It is God who is bringing things to a point. How? By giving a worldwide revival of signs and wonders—pouring out His Spirit on all flesh.

Today, many people have reached the place where only a supernatural power can cause them to make any change in their thinking. The Bible refers to that power as the miracle-working power of the Spirit of God. Not by might, nor by power, but by my spirit, saith the Lord of hosts (Zechariah 4:6).

Time Is Running Out

If we knew all God has for us, I believe most of us would begin to alter our lives. Perhaps we would right our wrongs…pay our tithes…keep the Sabbath day holy…believe the message of Bible deliverance…accept all God has for us…and send the Gospel to the ends of the earth so that others would have the same chance to know God as we have.

Perhaps we would no longer compromise our convictions, but rather, we would stand up for healing, holiness of heart and life, the Holy Spirit and His anointing. 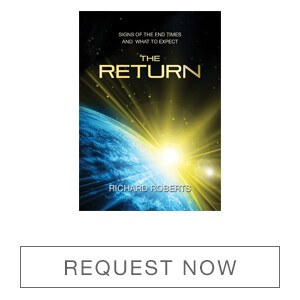 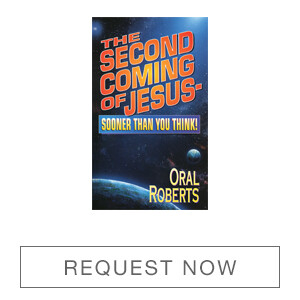