Do you believe in miracles? I do. Many people today need miracles and I believe I have a good word from the Lord for you today: It’s your time to prosper and succeed. It’s time for a miracle, because God has good plans for you…

Miracles happen because God is with us.

There are a lot of “it’s your time” stories in the Bible. Consider Moses. For 40 years, he hid out in the desert after having committed a crime, wondering if God could ever use him again. God met Moses at a burning bush and sent him back to Egypt to bring deliverance to two and a half million Israelites. It was Moses’ time for restoration and victory!

Remember David? He was tending sheep when his father told him to bring food to his brothers and check how the war was going against the Philistines. When David got there, he saw a Philistine giant named Goliath saying, “Send a man against me. If he defeats me, then the Philistines will serve Israel. But if I defeat him, Israel will be our slaves.”

Suddenly it became David’s time to rise up! He took five smooth stones in his slingshot, and using his faith in God, he defeated the great Goliath. The Philistines were defeated, and David eventually became king of Israel.

Then there were Shadrach, Meshach and Abednego—three young Hebrew men who refused to bow to the Babylonian king Nebuchadnezzar’s golden image. They said, “You can kill us, but we will not bow to your god.” When they were cast into the fire, Jesus, by the power of the Holy Spirit, traveled through time and space to enter that fiery furnace with them. Not even a hair on their head was burned! It was their time for deliverance!

I’ve got news for you. I believe it’s YOUR time to prosper and succeed! So because of that, I encourage you to…

Put yourself into position to receive.

You may say, “Richard, how do I receive what God has for me?” Let me share some insights from 2 Kings 7, where God moved powerfully in the lives of four lepers who suffered from a terrible disease. If God could move in their lives, He can move in ours too.

At the time, Samaria was being besieged by an enemy army. No one could get in or out, and there was nothing to eat. The four lepers were sitting by the city gates, and they were starving. But even in that dark hour, God was with them. It was their time! Look at how they received the powerful miracle God had for them…

First: the four men spoke a word in faith. They said, “Why are we sitting here until we die? Let’s get up and see what God will do for us.” What you say is so important to your deliverance. Speak the Word of God over your life, especially in challenging times. Don’t say what others are saying; say what God is saying.

Second: they rose up. You see, they knew everyone in the city was starving to death. But they refused to quit. They had a faith attitude. And you and I can have a faith attitude too. We are to cast down negative thinking and keep believing that God is turning things around for our good, no matter how the circumstances appear.

Third: the four men made a faith march. They got into motion. It may be your time, but the miracle you’re believing for might not happen until you do something in faith to receive it. The lepers put themselves in position for their miracle by moving toward the enemy’s camp! They met their enemy head-on with their faith.

Now, you may not be facing an army, but you may be facing something you’d like to improve—maybe a debt, a health problem, a job search, or a relationship problem. When you pray and speak God’s Word over the situation, you can move into position for a miracle. When you thank God for what He’s doing, even before you see the results, you can put yourself in place to receive His blessings.

When you plant a seed of your love, time, money, prayers, or whatever you have to give, you can say in faith, “God, it’s my time!” You can get into agreement with His ways of doing things, His ways of being, and His ways of bringing miracles to you.

The four lepers sowed what they had—their faith and their willingness to do something so that God could do His part. They marched toward the enemy camp to look for food. And God intervened! He miraculously multiplied the sound of their footsteps, so that it sounded like a huge army marching, instead of four leprous men.

The noise was so loud that the opposing general thought the Israelites had hired an army to fight for them. In their panic at the thought of being outnumbered, the entire opposing army fled, leaving behind all their tents, supplies, and food.

When the lepers got to the camp, it was deserted. There was plenty of food waiting for them. The lepers didn’t have to fight, because God fought for them. He made their way straight! The lepers began to gorge themselves until one of them said, “It isn’t right for us to keep this all to ourselves. Let’s go back into the city so we can share the food with everyone.” The city of Samaria was saved! It was their time for a miraculous turnaround.

Your time can start right now!

No matter what your circumstances are saying, you can choose this minute to believe God’s Word. Believe that it is YOUR time—RIGHT NOW!

I’m setting my faith with you now that this word is getting into your spirit so you can begin to believe God that this is YOUR TIME! In the name of Jesus, I command the devil to take his hands off your life. I ask the Lord to send His miracle-working power into every area of your life to bring you salvation, healing, forgiveness, deliverance, prosperity, and peace. And I’m not coming out of this prayer of agreement. I expect a miracle for YOU, in Jesus’ name! 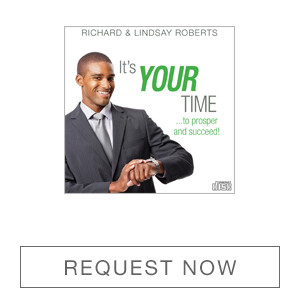 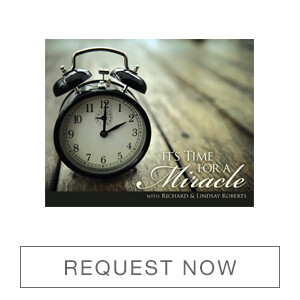