Plugging into God’s Limitless Supply for Your Life 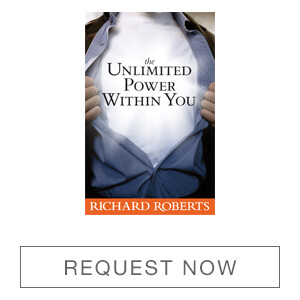 believe the God we serve is limitless! And the power to turn your situation around for good is in His hands… But do you know how to connect to His unlimited power?

The Bible is filled with examples of when God showed forth His power in unusual ways. He parted the Red Sea when the children of Israel were fleeing from Pharaoh’s army. He led Gideon and 300 Israelites to victory over an enemy of thousands. He multiplied five loaves and two fish to feed a crowd of five thousand.

So, if God can do such great miracles, then is what you are going through too big for Him to handle? Nothing is too hard for Him, according to Jeremiah 32:17. He is limitless!

I personally believe we can always ask Him for the healing, deliverance, abundance, and wisdom we need. And He can send us an answer in line with His Word, even in the most unusual ways!

To me, the key to receiving what He has for you is found in believing in Him and knowing how to connect yourself to His limitless power. I want to direct you to a story in the Bible that demonstrates what I mean about tapping into God’s unlimited supply.

An Unusual Healing From a Terrible Disease 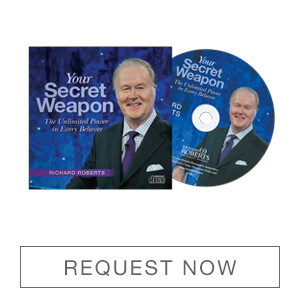 Second Kings 5 tells us about Naaman the Syrian, when he obeyed the Word of the Lord given by the prophet Elisha. As he dipped seven times in the Jordan River, he was healed of leprosy.

Now, this was a very unusual miracle for several reasons. First of all, Naaman was a powerful man—the commander of the Syrian army—and he was not a worshipper of the Lord.

But he was also a leper. In those days, leprosy was a frightening disease. It caused skin lesions that left people horribly disfigured. It damaged nerves and left its victims weak in their body. Many lepers lost the use of their hands and feet, and many died. It was a terrible disease that limited people physically and often socially!

The sickness that had come against Naaman was from the devil, not God. This is so important to understand! Why would God want to teach you something by making you sick, poor, or oppressed? Why would He go against the truth in the Bible which says, God is your Healer? I believe He wants to take the limits off your life so you can live fully for Him!

Naaman’s healing began very simply…right in his own home. Among his servants, there was a young Jewish girl who had been captured by the Syrians. One day as she was serving in Naaman’s home, she said, “If only my master Naaman went to see the prophet Elisha in Israel! Elisha is a man of God, who could heal him of his leprosy” (2 Kings 5:3–4).

When Naaman heard that, he had a choice. Would he believe it and do something about it, or would he doubt it and do nothing? That same choice determines what we receive from the Lord. God is not limited in power… But He won’t push Himself on us. We invite His limitless supply into our lives when we believe His Word.

The Bible tells us of so many people who received miracles after they acted on God’s Word in faith—even in situations where deliverance appeared to be impossible. In Matthew 8, the Roman centurion’s aide was healed. In Mark 5, the woman with the issue of blood was healed. In 1 Kings 17, the widow of Zarephath had a miracle multiplication of her food supply because she obeyed the word of Elijah to feed him first. And Naaman was healed when he acted on what he heard from the man of God.

I believe that’s a key to receiving from God. He can respond to you as you trust in His Word and reach out in faith to Him. It’s when we act on what we hear that we connect with God’s unlimited power.

Put Your Faith in God, Not Man

The servant girl told Naaman to go to a specific place and a specific person—Elisha the prophet in Israel.

The Bible teaches that Syria was a nation that worshipped false idols made out of stone and wood. Those false gods had no power to cure Naaman. The real power source was in Israel, working through the man of God—the prophet Elisha.

Naaman almost missed it here, and so can we, if we’re not careful. Let’s face it, it’s tempting to look to the “kings” of our time for help. They often appear to have what we need, but they are limited because they are human. The Bible says that God alone is truly able to help us in all situations and that He is our very present help in time of trouble (Psalm 46:1). If you want the spiritual answer to your situation, then according to the Bible, you must go to God.

When you go to the man of God to connect with God’s power, remember it is not the man who heals you… The Lord is your Healer (Exodus 15:26). The man of God is God’s instrument. The spiritual power to change your situation is in God’s hands, not man’s. And because He knows no limits, He can help you and provide for you in ways you may never have imagined (Ephesians 3:20).

When Naaman finally went to Elisha, he expected the prophet to do something spectacular. But Elisha didn’t even go outside to greet him. Instead, he sent his servant Gehazi with a message: “Dip seven times in the Jordan River, and your flesh will become like that of a little child. You will be healed.”

Naaman was insulted. He said, “If I wanted to take a bath, I would have stayed at home.” Then he stormed off. But one of his military aides stopped him and in essence said, “Sir, you’re making a mistake. You’re throwing away your healing because the prophet Elisha told you to do something that you didn’t like. Isn’t it better to humble yourself before God and do what Elisha said?”

Naaman was tempted to limit God because God wasn’t meeting his expectations of how he wanted to be healed. But thankfully, Naaman listened to his aide’s good advice. He humbled himself, went back, and dipped seven times in the Jordan River, just as Elisha said.

This is so simple and yet it is so important… When you hear the Word of the Lord, obey it! At times, He may speak something to your heart that you may not understand. Like Naaman, you may be asked to do something that seems humbling. But if God is speaking to you, I encourage you to do what He says by faith, and expect His limitless power to go to work in your life.

Naaman thought it made no sense to dip seven times in the Jordan River, but he did it. And on the seventh time, he came up out of the water totally healed! When he obeyed God fully, he received the miracle he needed. So since God is not a respecter of persons (Acts 10:34) and I believe He honors faith, how much more will God bless your obedience, because you are His child!

Your Faith Must Be Released

I believe it’s the faith you release that makes you whole…not the faith you hold back. In other words, your faith is like a seed you plant… Only the seed you sow will grow into a harvest. The seed that you hold back is not being released so it doesn’t grow.

I believe that’s why God gave us the principle of seedtime and harvest to begin with. It’s a picture of how our faith works. First, we hear His Word, which is where faith comes from…so the Word is planted. Then, as faith grows in our hearts, we do something to release it, and as a result, we tap into God’s unlimited supply.

Regardless of how difficult your situation may seem, I believe God can handle it, even if He needs to do something unusual for you, just as He did for Naaman.

I believe God has a good harvest for you… And you can make the decision to act on His Word in faith and believe for God to meet your needs. To me, it’s exciting to be able to participate in our harvest by planting seed.

I encourage you to give the Lord a seed of your faith to work with today. Determine what you desire the Lord to do for you, according to the Bible. And remember, He is not limited by your circumstances!

Find the scripture verses that speak to your heart about your situation. Make those scriptures a part of your prayers and your daily confession of faith in the Lord.

Ask the Lord to show you the steps you can take to cooperate with Him, and do what He says, in faith, expecting your miracle. And then as you are expecting a miracle, watch as He can do His part and release His unlimited power into your life to deliver you!