OUTNUMBERED… More WITH Us Than Against Us

Have you ever faced a situation that caused you to say, “I just can’t do this?” Perhaps you’ve told yourself, “I’m defeated. I don’t have the capability. I don’t have enough of what I need.” And you feel like you’re outnumbered — like there are more things against you than are for you.

Second Kings chapter six tells of a time when an enemy army was trying to attack Israel. But every time they went to do something, the prophet Elisha knew of it through the Spirit of God and sent word to Israel’s king to prevent the attack. The Bible says this happened time and time again (v. 10), until the enemy king thought there was a spy in the camp, giving away his secret plans to Israel.

So the enemy king sought to kill Elisha. Elisha’s assistant Gehazi got word that this whole army of enemies was now coming against the two of them! And he started to have a panic attack.

How Are You Seeing Your Situation?

Then Elisha said something very interesting to Gehazi. He said, “Lord, open his eyes that he might see.” Now, obviously Gehazi’s eyes were physically open, because he was seeing the army coming against him. But what Elisha was saying was, “Lord, open his spiritual eyes.” Because you see, it was by seeing in the spirit, not in the flesh, that was giving the prophet all the inside information so to speak.

The Bible tells us that Gehazi looked up to the hills and saw chariots of fire and the hosts of the living God. He saw God’s army of angels sent to protect them. He saw God’s ability. He saw God’s supernatural power. He saw there were more with them (Gehazi and Elisha) than against them.

Four times in the Bible, it says the just shall live by or according to their faith. And as believers we have the ability to take our faith and use it for good or for bad. We can use it to focus on fear and doubt and worry and unbelief. Or we can use it in a godly way and say, “Okay Lord, how do I look at this according to Your ways of doing and being, Your ways of operating in the Kingdom of God?”

Strengthen Your Faith, Not Your Fear

You see, according to what the Bible says in Romans 12:3, I believe God has given to every person the measure, the substance, the stuff of faith. Now what you do with your faith — how you exercise it, how you use it — depends on you.

In the same respect, I think fear gets developed. We can hear negative things. You hear worry. You hear doom and gloom. And what happens? If you hear it enough, it begins to develop. And then we hide it in our heart. Out of the abundance of the heart, the mouth speaks (Luke 6:45). Death and life are in the power of the tongue and they that love it eat the fruit thereof (Proverbs 18:21). People can walk out fear and worry and doom and gloom, because they’ve developed faith for it.

But God has given to every person the measure of faith (Romans 12:3). We can live by and according to our faith. And faith is the substance of things that we are hoping for, as Hebrews 11:1 tells us. There’s something tangible in the faith realm, in the spirit realm, that we can hold onto until we get the things that God has set for us to be believing for.

I believe it’s possible for every Christian to see things according to the spirit and to live this life by faith in God. Why? The Bible says God is our heavenly Father, and we are made in His image (Genesis 1:27). And He said that we can do the things He said we can do if we get into living by faith.

He said in 1 John 4:4, Greater is He that is in us than he that is in the world. And that creates the outnumbering.

So in the name of Jesus, I pray that God opens your spiritual eyes so that you can see how He has provided for you and you can say, “There are more with us than against us.” I pray that the Lord opens the eyes of your understanding through faith in Him and lets you see His plan for you. The Bible says His plans for you are good. They are for your good and not for evil (Jeremiah 29:11). I pray for God to touch you right now and that you may be healed physically, financially, emotionally, in your family, in every area of your life, in the name of Jesus.
Amen. 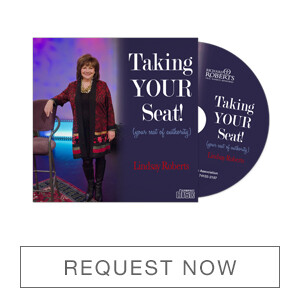 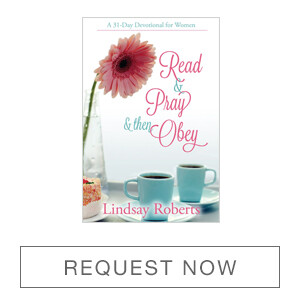