The Freedom that Comes from Forgiveness 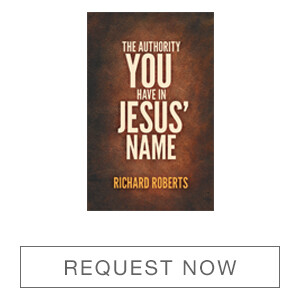 The Bible makes it very clear that you and I are to live in the now. Second Corinthians 6:2 says, Now is the day of salvation. Hebrews 11:1 tells us that faith is now. He wants to commune with you now, and I believe He wants you to live for Him now. Right now. Today.

But there is something that often hinders Christians from living for God right now—in the today of our lives. It’s called our past.

Some people have pasts that they are not proud of. Many of us have lost expectations, failed dreams, or circumstances from past failures. We’ve all experienced things that we didn’t intend to have happen. Problems are a part of being human.

The key to a successful life with God is not getting it perfect all the time. If it was, none of us would qualify!

No, the secret isn’t perfection—it’s being quick to repent and quick to forgive ourselves and others.

The Power to Move Forward with God

Now, let me be clear… Repentance is not a free pass to do whatever you want. It’s not a license to do something wrong.

But repentance is crucial to our spiritual health, because it is the biblical way to handle things when we mess up. And it’s important to be quick to repent—because that’s how we connect with God’s unlimited power to cleanse us, forgive us, and move us forward in life.

Your past does not have to hinder you from moving ahead with God. I want to emphasize this, because many people feel that they will never be able to move beyond their past. Many Christians use past mistakes as an excuse not to do what God has called them to do today…in the now of their lives.

If that’s you, let me say what the Bible says; nothing is impossible with God (Luke 1:37). The Bible says there is nothing too hard for Him—whatever is in your past, it’s not too big for God to handle. The key is that you give it to Him and be willing to change.

It’s the Will of Jesus to Forgive and Heal

John chapter 8 tells the story of the Lord’s encounter with a woman who was literally caught in the act of committing adultery. The religious crowd—the Pharisees and those with a legalistic attitude—threw the woman at the feet of Jesus. They had rocks in their hands, because the Jewish law said that anyone caught in the act of adultery would be stoned to death.

Then they tested Jesus, saying, “What do you think we should do with her?” They were trying to trap Him. If He said, “Forgive her,” they could accuse Him of violating the Law of Moses. But if He said, “Stone her,” they could say, “You see, Jesus talks about God’s love, but He doesn’t live it.”

When Jesus saw what was happening, He didn’t respond the way the crowd expected. Instead, He got down in the dirt and He began to write something.

The Bible doesn’t say what He wrote. But when He was finished, He looked up at the people who were ready to stone the woman, and He said, “Let him who is without sin cast the first stone” (John 8:7).

Do you know what happened? No one threw a single stone! The Lord’s words pricked everyone’s conscience. They knew they couldn’t claim to be without sin, so they walked away. Then Jesus turned to the woman and said, “Where are your accusers?”

He said, “Neither do I condemn you. Go and sin no more.” In the flash of a second, He gave her forgiveness and freedom from her past—and an instruction of how to live her life from that moment on.

Where Does the Past Belong?

You may say, Richard, the answer to that question is obvious… The past belongs in the past. And yet, we often carry our mistakes, missteps, and mess-ups into our present and future, allowing them to dominate our thinking.

The problem is this: As long as you are living in the past—or tied to it by a lack of repentance and forgiveness—you can’t really live in the now. You can’t focus on the good things that our unlimited God has for you today if you’re tied to the past.

I believe this is why the Apostle Paul learned to put his past behind him. He said, “I have not arrived. I don’t know it all. I’ve got a long way to go. But, there’s one thing I’ve learned to do. I take the past, and I give it to God.” (See Philippians 3:12–14.)

Of course, if you know the story of Paul’s life, then you know that he made some terrible decisions in his past. He stood by and held the coats of those who killed Stephen, the first Christian martyr (Acts 7). And he didn’t stop there—he persecuted and arrested many Christians before Jesus got hold of his life and turned him around.

Paul knew that he couldn’t fully live for God if he didn’t repent and move forward, in spite of how he once persecuted the Body of Christ.

But Paul also knew that he couldn’t live in his past triumphs. Remember, Paul experienced some wonderful miracles! He wrote much of the New Testament through the direct leading of the Holy Spirit. The handkerchiefs and cloths that he touched were used to point many people to God’s healing power (Acts 19:11–12). The Bible records that during Paul’s ministry, God raised the dead (Acts 20:8–12).

But in spite of all his successes, Paul knew it was important to live in the now of his life. I’m sure he thanked God for all those miracles, but he didn’t dwell on them. He didn’t talk constantly about what he had done in the past.

No, he learned to focus on what was happening in the now of his life… And because he did, he was a blessing to the churches of his time, and his letters are still a blessing to us today!

God’s Forgiveness Is His Gift to You

Who doesn’t relate to Paul when he talks about leaving his past behind him? I’m no different than you or any other human being. We all make mistakes (Romans 3:23).

The good news is that there is nothing in our past that we can’t give to God. He’s willing to forgive it all, if we truly want to be forgiven and to live according to His ways. As 1 John 1:9 says: If you confess your sin, He (the Lord) is faithful and just to forgive you of your sin, and to cleanse you from all unrighteousness.

Through the blood of Jesus, shed for you and me on the Cross, we have forgiveness of our sins and mistakes. When we honestly admit we’ve done wrong, repent to God for it, make things right, and change how we act in the future, we are honoring the sacrifice that Jesus made for us.

What to Do When You Have Messed Up

In my life, as soon as I realize I’ve made a mistake, I go to God to make it right. That’s always the first step—to go to God the minute you realize that you have erred.

All it takes to give God your past is a simple, sincere prayer:

“God, I want to give You my past. Everything that is hurting and broken in me because of past mistakes, sins, and failures…I give it all to You now. Please forgive me, and set me free from anything that would hold me back. Help me to move forward in You, starting right now, with a clean slate, in Jesus’ name. Amen.”

When you pray a prayer like that and you mean it, God will honor it. And He can help you avoid trouble in the future too…when you are willing to listen to Him and allow Him to direct your path.

After you make things right with God, you can go to the second step and ask forgiveness from those you may have offended. Sometimes this means going to them personally, and if that’s not possible, God knows your heart.

It can sometimes be hard to humble ourselves to the people we’ve hurt… Sometimes it can be a powerful step to take if you want to move beyond the past and walk with freedom into the plans God has for you. You can’t control how others will respond, but you can make your heart and your actions right. And that’s a very important thing!

The third step is to forgive ourselves. Sometimes, this is the hardest thing for us to do. We think we should have done better, and we hold our mistakes against ourselves. But I believe that’s called pride—maybe it’s pride in reverse—and it’s not the biblical way to look at ourselves.

Romans 3:10 says, There is none righteous, no, not one. None of us are ever going to get it right 100% of the time, because there’s only one Person who is perfect and sinless—and that’s God.

So, let God be the Perfect One. And remember, you won’t always get things right. But you can repent, and you can be forgiven. And you can forgive yourself and move on!

The blood of Jesus can wash your sins and mistakes away… And you can receive His forgiveness and move forward with Him to do His will for your life.