Writing the New Story of Your Life

Anyone who watches television and hears reports about what certain movie stars are doing in their careers, has probably heard the expression that he or she is “re-inventing” himself or herself. The idea is that they are taking on a challenge to show how fresh and varied their talents are; that they’re not stuck in a “rut” of portraying just one kind of character, or acting in just one kind of storyline over and over again.

From time to time, all of us feel the need to have a chance to “start over”…to “re-invent” or “re-write” something about our lives.

The other day I was in a store in Tulsa, and as I was looking around I picked up what looked like a deck of playing cards…only the cards were blank. When I turned them over, there were no numbers on them. I thought to myself, “Well, I can’t play solitaire with these!”

I started to lay the cards down. But as I did, I felt the Lord impressing me to pick them up and look at them again. “Wouldn’t it be nice,” the thought came to my mind, “if you could take your life, and everything you’re going through, and get a clean slate like these cards have…and just start over again?”

It made me think of the song Richard sings, called You Can Start Over Again. You can leave the past behind, it says, and have a brand new life.

But is it really possible to do that…to begin again and write the new story of our lives? It almost sounds too good to be true, doesn’t it?

But it is true! The good news of the Gospel is that God gives us that very opportunity every day…because as Lamentations 3:23 tells us, His mercies are new every morning.

Behold, I will do a new thing, God says in Isaiah 43:19, Now it shall spring forth; shall you not know it? I will even make a road in the wilderness and rivers in the desert. So not only can we start over again, God will help us do it!

What Is Our Part To Play?

I don’t believe God wants our lives to be stuck, or landlocked, or caught in a rut with no way out. In fact, He’s willing to help us change, as I’ve said. But how do we get there from where we are right now? What is the “transportation system,” so to speak, to transport us?

I believe the answer lies in Romans 12:2 NKJV, where the apostle Paul tells us, Do not be conformed to this world, but be transformed by the renewing of your mind, that you may prove what is that good and acceptable and perfect will of God.

Paul is telling us not to be in harmony, or in agreement, with the practices of others, as people follow other people in this world’s system. But we are to let the Word of God transform us. Being transformed is more than just being changed superficially. It actually means that we can be “morphed,” or completely transformed from the inside out.

Think of a butterfly that goes through a metamorphosis that changes it from one way of existing into something completely different. That’s what Paul says that the Word of God can do in our lives if we allow it to. And that’s not accomplished by copying other people. God wants us to think like Him, to act like Him, and to become like Him, as we allow His Word to transform us.

Let me ask you a question. Are you stuck in a rut in your life? Do you feel like you’re just going through the motions…following what you’ve seen other people do and getting the same no-win results that they’ve gotten?

It’s important where we allow our mind to “dwell” or to live every day. As a man thinks, so he is, Proverbs 23:7 tells us. Whatever we think about affects what actions we take and that makes a difference in what we become, because what we think about and focus on will develop in our lives.

So, what are you dwelling on right now? Perhaps you’re even re-living something in your mind over and over that you need to release and get rid of.

Remember that God said He would do a new thing in our lives (Isaiah 43:18-19)…but if we’re still holding on to our past, we might not even notice what God does.

So let’s make the decision to start over right now. Let’s wipe the slate clean and begin feeding our mind on the right thing. Begin spending time in the Word of God and letting it transform our minds until it begins to transform our lives, as well. 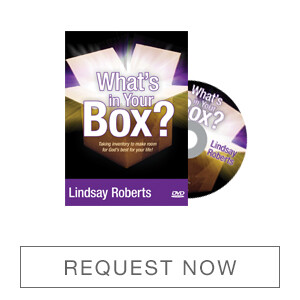 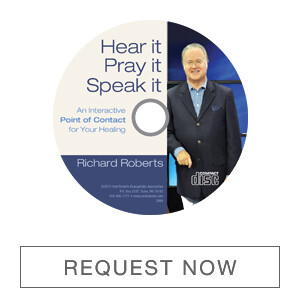